Guidance for Hiring Authorities from our Managing Principal
Hiring: A Critical Process and a Significant Disruption 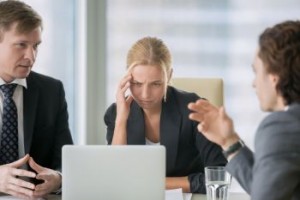 The hiring process can be time consuming and frustrating, it gives headaches to hiring teams and HR departments. You’ll often process through too many unqualified candidates, as you search for that strong and needed profile. And there’s so much key criteria you wish to find in a resume, the active candidate market just isn’t yielding. This is a big challenge, one where it can be helpful to have support from experts with a specialty in that discipline, your industry, and decades of networks and experience in the Talent Search Process.

Throughout our 35+ years of experience, we know one of the key components of a successful match between candidates and companies is running an efficient and effective interviewing process. Once we’ve presented you with a viable roster candidates and you choose to interview them, we’ll recommend some customized strategies for your hiring team. 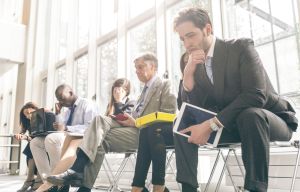 Decisions on the process such as:  if it will be a group interview, a 1 on 1, or combination of each, need to be made.  Each approach has its benefits and drawbacks…so make a choice about what works best for your team and your organizational needs.  Who in your organization do you need to include to find buy-in ?…and is there benefits from making someone on your team feel better by being included? If there’s a group of 1 on 1 meetings, coordinate your questions and strategies – that’ll help you collectively gleam more information.  Which of your interviewing team members will be focused on certain areas of the needed skill-sets?… or the candidates over-all career profile and choices?… or the personality and how it fits the culture and department?

Be open to Broader Objectives and Consider Assorted Focus Points

These meetings are important assessments, your good focus can save costly expenses, and future nightmares from the wrong hire. Inattentiveness can be detrimental.

What’s going to be mostly different in our referrals than what you’ll typically find in a batch of candidates gotten from a recent job listing is: where the candidates land in that spectrum of their level of motivation and urgency to leave

At one end: There are those applicants highly motivated to leave their current employer

At the other end: There at those recruits hearing about a potentially good opportunity at a quality organization and wanting to explore further.

Usually, fewer of our candidates are ad response; most are not applicants actively looking on the job market. Our recruits will be targeted for your role and have the skillsets that will make them more viable fits for the vacancy. They’ll have been called and told about your compelling opportunity at a quality company with a good reputation.

They’re essentially comfortable in their current jobs but they each still have what we call some career pains …or they wouldn’t be at all interested in talking with your company.

They’re also going to be especially sensitive to the confidentiality issue, since they’ll typically be from your business community which sometimes can be a very small world.  Some of your employees might even know a candidate from previous employers where they’ve worked together.

But be careful about “back-door references”, they can be risky. Making certain no news gets back to a candidate’s employer is critical – we see it happen inadvertently every year.

While your agenda should be, first and foremost, assessing the match in terms of skill-sets for the Accounting needs and the team chemistry – we also advocate the notion that it’ll be equally important for you to sell your opportunity.

A “recent recruit” profile like you’ll be seeing with these referrals is not 100% on-board with the notion of leaving his/her current role. That kind of person & profile needs to see why your company will be a better path for their future.

You might run one of the greatest companies on the planet – but there are other outstanding companies in your region, too.

Reap the benefits of selling successfully to every candidate you interview, even to those you know are not going to be chosen. 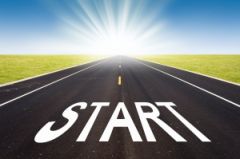 • A well practiced team using this technique, will find it easier to get a “yes” from the person you choose to extend an offer. It’s sensible to monitor & manage their interest level from the very first contact.

• When we reach the point of offer negotiations, if they’ve already fallen in love with your company, there’s also going to be a tendency for them to be a little more flexible with their compensation request.

• A singular hire like this can save you dollars in your budget. A corporate-wide practice via good training across your hiring teams can save on a grand-scale; and you’ll secure acceptances from more top-of-the-class candidates in the talent pool. 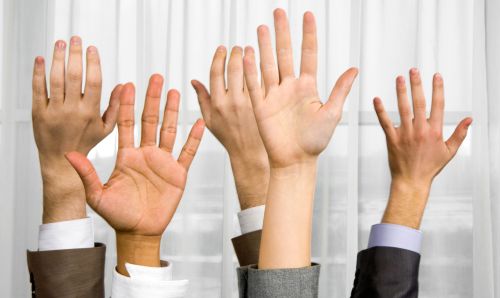 Set Your Goal: Everyone visiting your company for an Interview should leave wanting to work for your company.

Of course you can’t hire everyone you meet…and there will be those you would never hire !!

• But if all the candidates on the roster leave their visits with your hiring teams wanting to work for your company, there is great gains.

• It’s also wise – if you find a couple of the candidates from the roster who are near equally fits, to think realistically (from the start) that you may not be able to land the number “1” choice every time. Therefore, that 2nd place candidate is someone you want to handle positively – as they me be a very good go-to option.

• This mindset to have every visiting candidate waiting to be hired also feeds into a well executed PR coupe for your Social Media Campaigns. You’re a part of a small business community. The best buzz you can generate especially where you’re company has a great story already, is having people out there in the local professional ranks hearing all the praise and now wanting to work at your company.

• It will result in having more people knock on your doors to find out if there’s a position within your company
and can eliminate a lot of the chasing done for some great talent.

We’re there to surface their concerns, work out the wrinkles, and advocate your company’s opportunity to the chosen candidate. We'll also be helping to offer the guidance from the acceptance stage, through their giving of notice, and prepare them to get beyond the counteroffer phase

• These are Easy Goals to Accomplish – It simply starts by having thoughtful ideas before going into a conversation or the interview with every candidate.

• Think from the career counseling perspective and address with applicants how your opportunity combined with your organization’s compelling story & future, can shape this candidate’s career positively and further add to the development of their background.

• The best candidates will have a strong drive to always be improving their skills and advancing their knowledge, your story should resonate with them.

These are some of the many helpful approaches our 35+ years of focus on the hiring processes has taught us.

We’ve assisted companies of all sizes and from all industries and we are happy to share our expertise with you to help you see the best results.

Sign-up with PETERSON-BICS for assistance to find & hire the best talent for your organization from the candidate market in the local business community.

EMAIL US TO LEARN MORE